Being the culture vultures that my girlfriend and I undoubtedly are, we decided to check out the release performance of Tosca’s new studioalbum “No Hassle”. Within the framework of the Vienna City Fest, the concert was scheduled to be played in a church. And it was free. But as it is the case so often with things that cost no money, they take a toll on other things. Namely people’s precious time and patience.

I won’t go into details, but there are a few things to note:

People who invite all their friends to queue with them, instead of going to the back of the line, are assholes. Sorry, but there’s just no other way to say it.
People in queues tend to talk so much crap, I was somewhat sorry I don’t usually bring earplugs to concerts.
Churches look big from the outside, but I guess all that shit like altars, candles and whatnot take up a lot of space, so in fact, only a very limited number of people actually go into a church.
So no, even though we queued for more than 45 minutes, we weren’t even near getting in. And we were probably in the first half of the line.

Things did get a bit unruly once the nice lady with the tickets walked past the people in line yelling that the church was full. I snapped a few pictures of the mob demanding entry, and somehow felt a bit thrown back in time. You know, when there was still an active interest in churches. I shot a little movie, but with my movie-shooting skills, it turned out like shit, so here’s just two pictures: 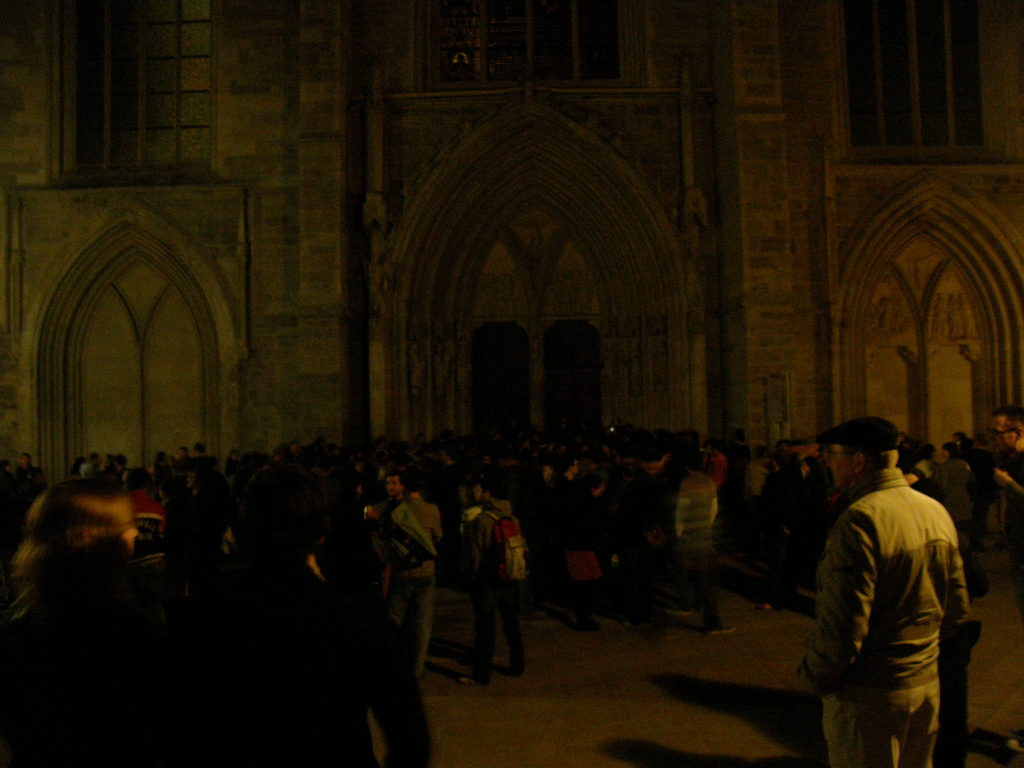 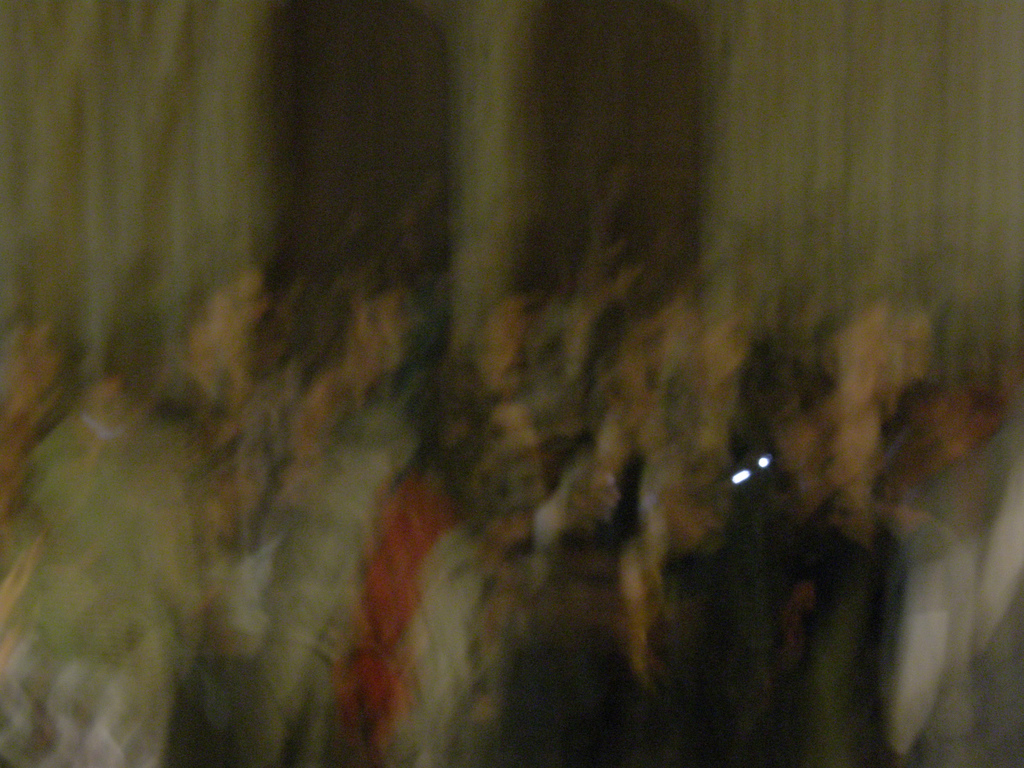 Beware of the mob formed by electronica-afficionados denied their god-given right (ha!) to listen to a free ambient performance!

Even though we didn’t get to hear the new album, I still think it was a moderately fun thing to do on a Friday night. From a sociological perspective, it was a hoot.