Went and saw Portugal.The Man again, this time at WUK. The venue is a bit smaller and doesn’t have the sound system of Flex, but I like it better, not least due to the absence of superfluous security “guarding” whatever there is to guard.

The concert was everything and more I expected it to be. Even the support was amazing, an Austrian collective by the name of Steaming Satellites. This being an entry about music, I guess images don’t to the whole event justice, but still, I took pictures, not least because I can’t help it and also because I like to fatten up my meagre writing with graphics. People like graphics, I’ve read once. So, here goes: 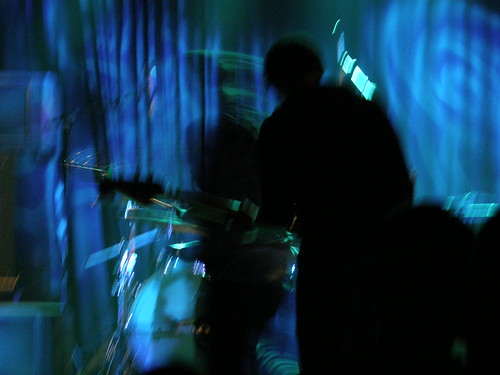 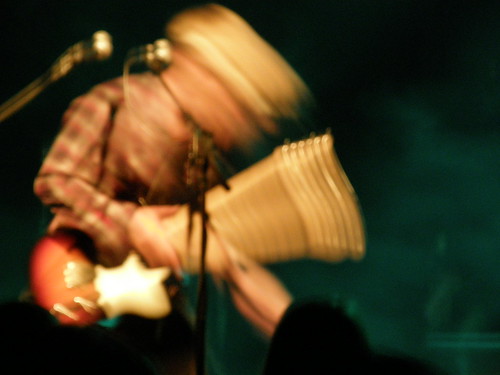 The Steaming Satellites. It took a song or two for them, or us, to warm up, but in the end they did a fantastic job getting people all hot and bothered for Portugal.The Man. 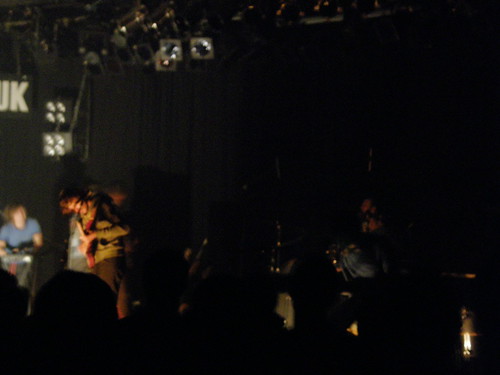 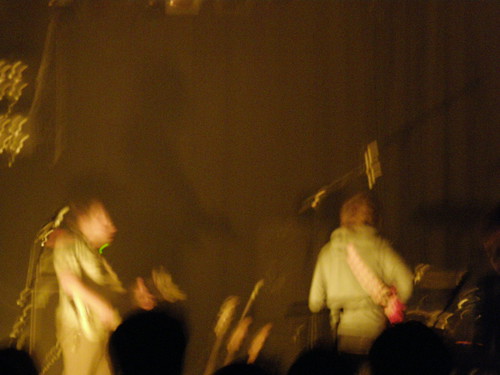 Well, those are the only photos I managed to take during the actual concert. It was wild, it was noisy and their rendition of Helter Skelter took my shoes off. Well, not literally. Actually, literally. No, I’m just kidding. It’s a metaphor. 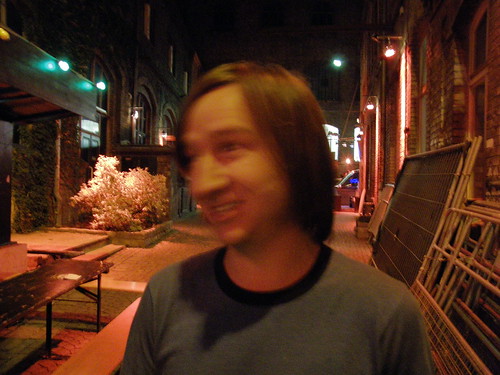 Finally, after the concert, we managed to get ahold of one of the band-members. You wouldn’t believe it, but not only does he rock the stage with lights and fog, he’s also something like an accountant for the band. He was most gracious, but after I took his picture, he hurried back into the venue to do money stuff. I just hope he’s not on the run. If he is, I’m sorry for blowing his cover. But hey, touring with a band when you’re on the run? Not such a good idea, unless the band is called James-Younger Gang and you’re Jesse James. In which case the whole band is on the run, so playing public concerts would be out of the question, and they’d rather be interested in robbing banks than covering the Beatles. I guess.