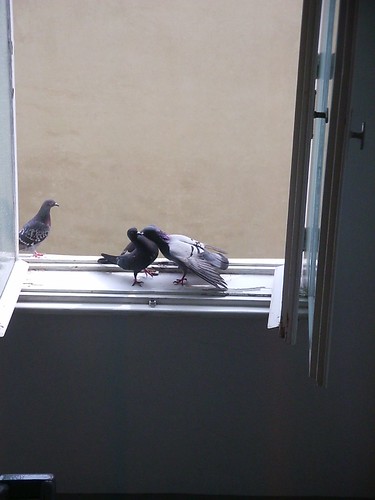 Pigeons are generally hated by urban people, and I’m no exception. I guess one of the reasons for my hate is their habit of stirring my girlfriend and me out of sleep at six in the morning. Living just below a roof that’s quite probably been isolated by a drunk circus clown in between his act, doesn’t exactly help in keeping the noise out.

When we saw the pigeons fighting, we were overjoyed to seem them slash each other. Unfortunately they decided to take it outside after I had snapped a few pictures of the pigeon-brawl.