I have to admit it, I am a man of extremes. While the last chronicle featured a very sweet Martini, this here chronicle will detail a rather dry affair.

The recipe used, as mentioned last time, I got from here. The thing that sets it apart from most other recipes, is its very scant use of Vermouth. Which is actually not exactly true. There is quite a bit of Vermouth used, only it’s not there to drink. You see, this recipe had me not mix the Vermouth with the Gin, but instead only coat the chilled glass by swirling the Vermouth in it. Surplus Vermouth I had to discard.

Being the clever fox I am, I already knew that my girlfriend wouldn’t want to be part of this very special experiment, so I shook the gin, poured it into my Vermouth-coated glass, then added an ample amount of sweet Vermouth to the remaining Gin in the shaker. This mixture was then poured into my girlfriend’s glass. She was content (well, almost; I still had to add a bit more water to the mix).

The actual Martini Dry I made for myself was, well, very dry. But the thing is, the drier your Martini, the smaller your sips are. So I started sipping gently, and suddenly the Gin’s flavour, coupled with the tiny amount of Vermouth, kicked in. It’s a delicate kind of Martini, and I recommend it to those not in a hurry.

This batch also saw the introduction of olive-impalement, as opposed to free floating ones: 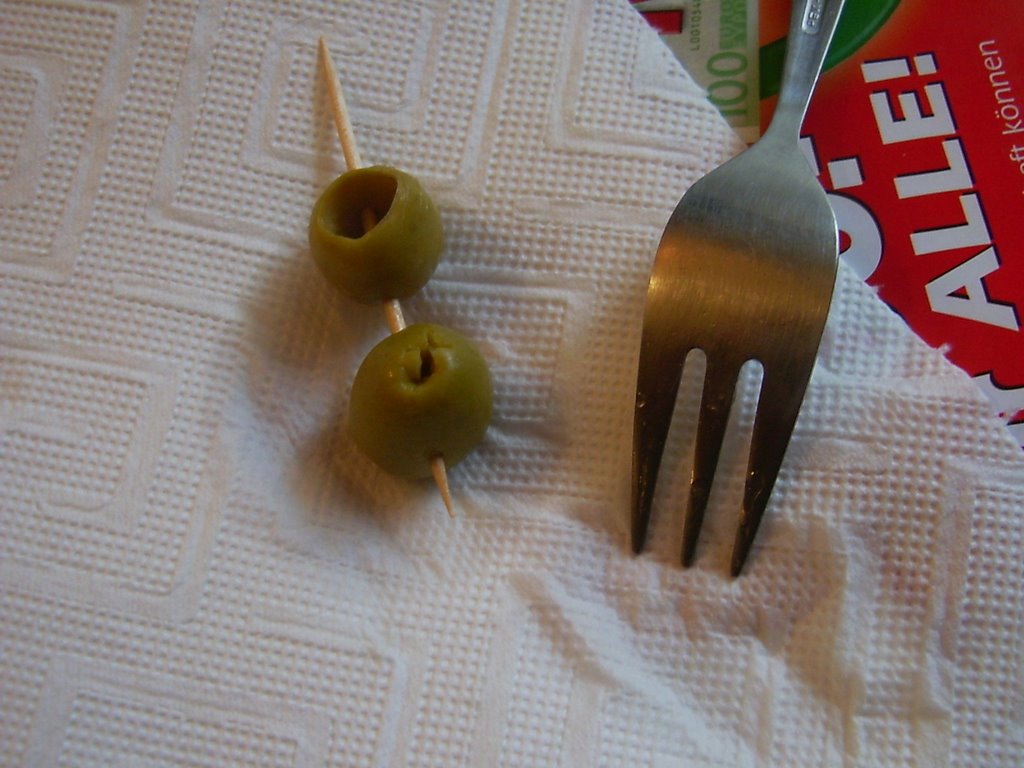 Having learned in above recipe that ideally the olive(s) should be eaten before having your first sip, I had to discard the method of the free-floating olive, as it only facilitated the ingestion of the olive after downing the whole drink.

And as a special bonus, here’s what it looks like when you’re cooking with a Martini: 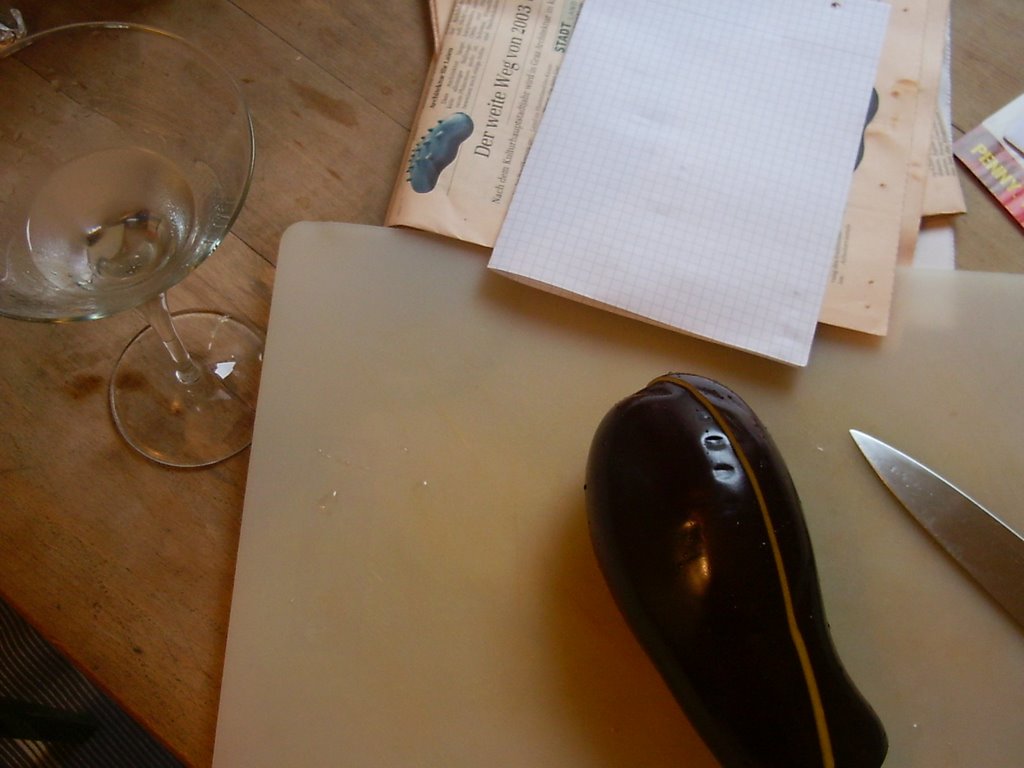