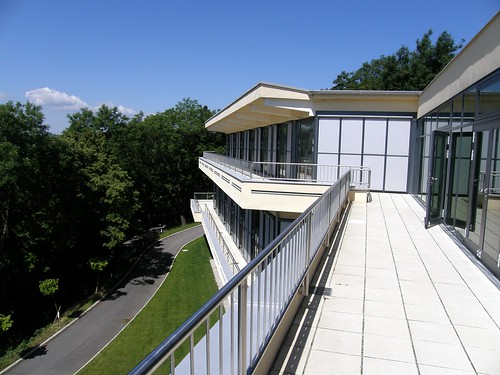 Last weekend saw the 2009 edition of another Barcamp here in Vienna. As always since the inception of two-day barcamps, I only managed to attend one of the two days.

The location was amazing, not only because private Modul University is allowing you a fantastic view all over Vienna but because it somehow manages to motivate some of their student so far as to spend their spare time working at a Barcamp. And even though I’m always a bit spooked out by that sort of efficiency, I must admit that the organisation was absolutely flawless. Hell, they even had a name tag printed out for me!

The sessions were quite mixed but I managed to find a couple that turned out to be rather entertaining. Especially the last session on Saturday about the venerable Austrian “Internetrat” was both enlightening and madly amusing.

And I also managed to be a bit social, expanding the list of Twitter followers I’ve met in real life by, among others, @liechentecker, @sueholzer and @leyrer, not to mention all the new people now showing up in my Twitter stream.

Thanks again to the organizers and all those people who prepared sessions, you did a very fine job.

Here’s a couple more pictures, for the more graphically inclined.