It’s not even been a week and my new Aerobie Flying Ring is here! While to some a week may sound ridiculously short, for me it felt like a year. AT LEAST!

Anyway, since this is the Intarwebs where unboxing is not a term used for ex-boxers trying to make amends for all the broken noses and shattered brains they caused but rather for the act of removing a gadget or any other fantastic item from its paper or plastic confines and documenting the process, I will do the same here now with said Arobie (if you’ve ever wondered whether I’ll grow tired of huge sentences, here’s your answer). 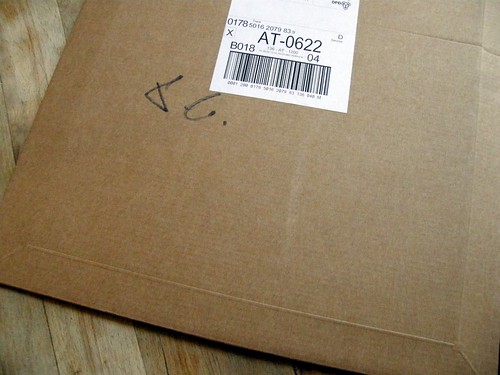 The wrapping. I’m not familiar with any other Frisbees sent by mail so I can’t say a whole lot about the quality of that packaging. But it’s sleek and fulfills its purpose. If Linux wasn’t just an operating system but also a computer manufacturer, I guess this is what their packaging would look like. 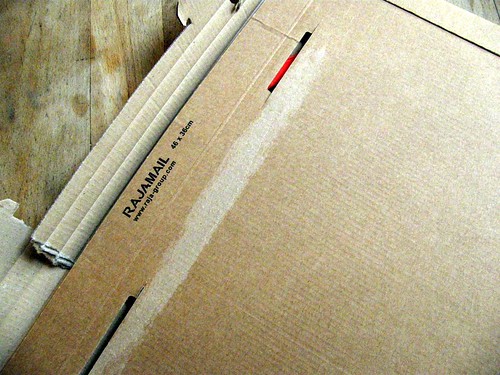 Ha, removed the adhesive tape that held together package body and flap. Yes, that is a piece of the Aerobie peaking out! Aren’t you excited? I know I am! 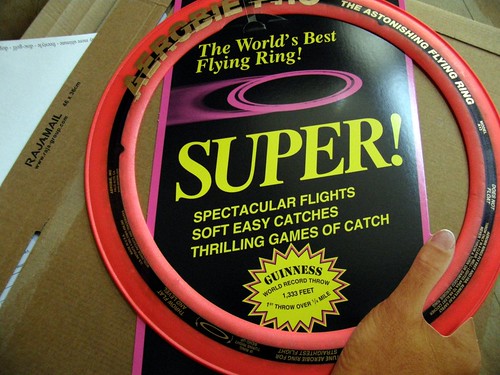 Yes, here it is. Please note the ingenious paper inlay, creating the illusion of an ACTUAL HAND holding the ring. Those package designers are genius! 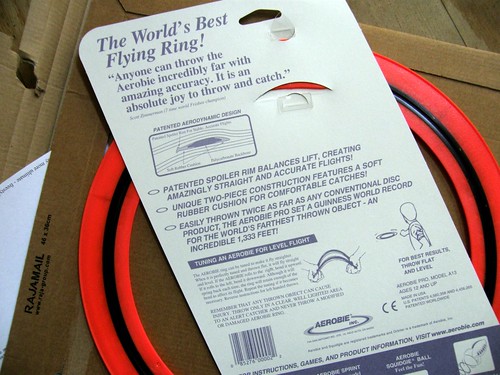 The backside holds not only a very handy guide on how to use the Aerobie, it also shows what other genius devices Aerobie has produced. Like the Orbiter, a superfantastic Boomerang! (disclaimer: Orbiter not shown on above picture. Just imagine what it would look like if Aerobie produced a Boomerang and – tadaaa – there’s your Orbiter)

But now on the actual Flying Ring! 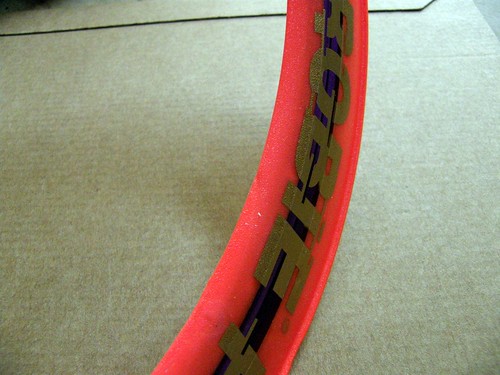 The material surrounding the super carbon ring is soft and will probably not cut off my fingers when trying to catch it. That’s a definite plus in my eyes! 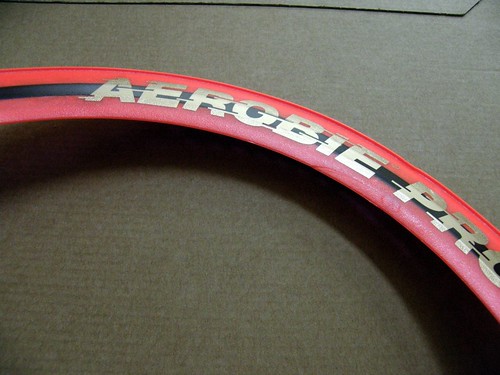 Please note the elegant yet fierce curve of that ring. If you’ve ever seen a throwing device as perfect, drop me a note in the comments. Even though I won’t believe a single word. 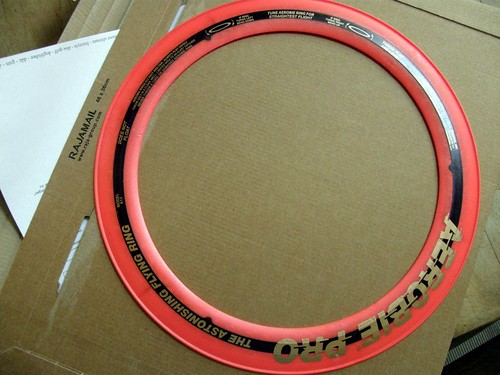 The Aerobie Flying Ring in all its glory. I’m sorry, but I need to stop writing now and go weep with joy. Oh, and Thursday will see me throwing that piece of art at Augarten park. In case you wanna join.