I’ve been listening to podcasts, on and off, for the better part of ten years now and while in the early days it was quite a bit cumbersome to get your latest episodes onto your portable player, nowadays it’s one of the easiest things out there. Not least due to a plethora of apps and services that help you with just that. After using quite a few of them, I’m now quite sure that the best is Pocket Casts. It’s available for not just Android and iOS, but Windows Phone too (for the 1%ers, so to speak).

The UI is easy on the eyes, it’s fast, it syncs everything between whatever device you want to use it on and best of all, it’s even got a web interface (which you can see above). But hey, that’s not all. Here’s their very own feature list: 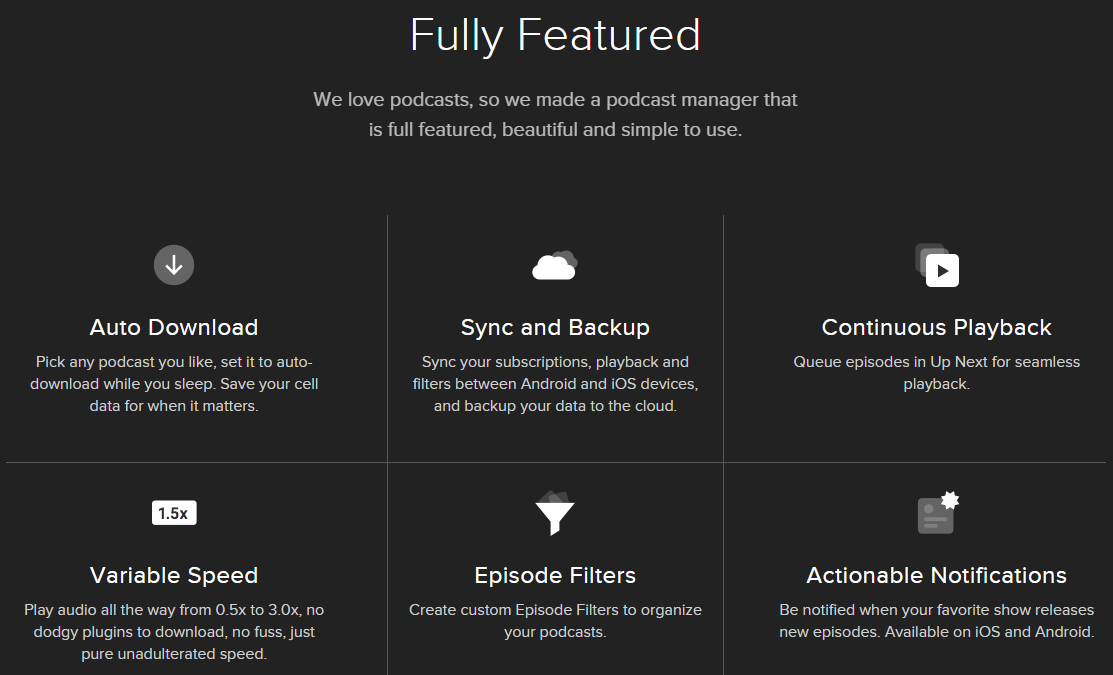 Variable speed is something I’m quite fond of. While, for example, I really enjoy Hardcore History’s Dan Carlin and his way of telling history, I sometimes am pressed for time and it’s absolutely possible to listen to him at twice the speed.

A word about the web version: while it’s not free, it’s only 9 USD, and they let you try it out for free for 14 days. I tried it for a few minutes and bought it. Because hey, it’s a steal.

And by the way, I’ve also made the jump from listening to creating and am now part of a podcast myself. It’s called Zeitsprung, it’s about history and I’m one half of it. The other half is my friend and longtime co-conspirator Daniel of Codinghistory fame. So if you do install Pocket Casts, make sure to add us to your queue.