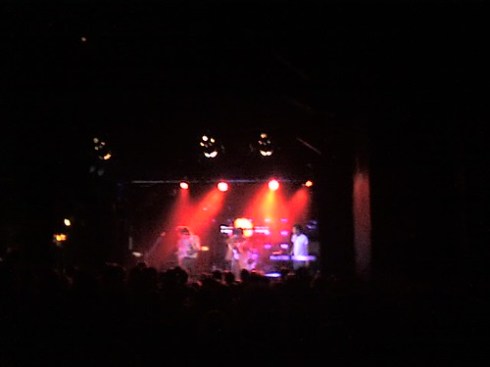 We went and saw Portugal. the man yesterday.
Curiously, the venue was just about half full, which is really quite surprising considering that they are not only good but also one of the most pre-hyped bands around (pre-hyped meaning not quite yet hyped, but surely on the brink).

The singer has a fantastic voice, and even though he decided to not show his face during the whole concert, he was the epicenter of the show.

Sometimes the high notes sounded like shattering glass, but I guess that was the mixer’s fault, not the band’s.