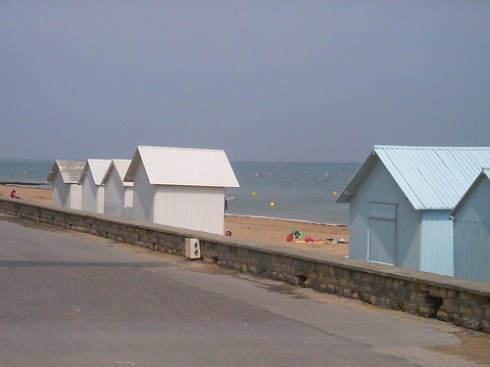 I’m getting more unimaginative by the second. Hence the headline.

We spent quite some time driving along the coast of lower Normandy. We stopped at a few places to have a cup of awful French coffee* or just amble along the sandy beaches (diligent readers may by now have noticed the change from “stony” to “sandy” – that’s the basic difference between upper and lower Normandy right there).

The above picture was taken somewhere along Juno Beach.

*I need to say a word about French coffee. The stuff they give you when ordering, say, a Cafe Creme, is more or less undrinkable. I’ve read some time ago, that in France, the robusta bean is dominant, and since robusta is really quite bitter, that would explain the taste. But why oh why has nobody ever complained about the shitty, shitty taste? Is it really so difficult to get some bean that doesn’t remind people of tar pits when having a sip? I don’t get it.