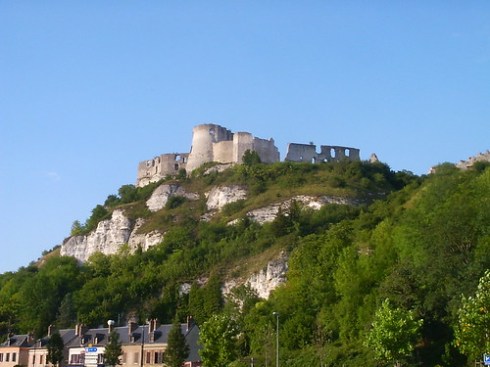 After exactly 12 hours of travel, we had reached the Normandy. The first place we decided to look at was a town called Vernon. It turned out that the guide we were using didn’t mention the fact that on Sundays Vernon is a ghost town, and somehow it felt so eery that we decided to get into our car and leave.

Enter Les Andelys, the town that’s built below the castle that Richard the Lionheart used to call home (whenever he decided not to reside in England, which actually was just about most of the time he was king).

We had dinner at a fabulous little restaurant, and it was the first time I was able to show off my utter lack of polished French. Good thing I still remembered from my childhood days that pointing your finger at stuff is almost as effective as talking.