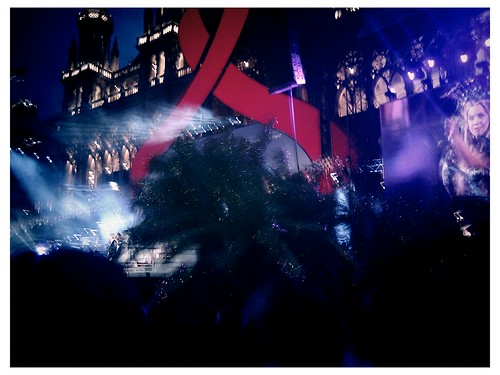 I’m a lucky bastard. I really am. I do, for example, have friends who think of me when they have spare tickets to events. Like a couple of weeks ago when I was treated to a concert of Them Crooked Vultures. Or, well, yesterday, when a good friend of mine had a spare ticket for the Vienna Lifeball. And not just a simple ticket (which still goes for 150€) but a VIP ticket with free food, drink and an actual table to sit at and watch people.

In case you’re not familiar with the Lifeball, it’s a charity event that started out as a small AIDS awareness party and today is probably the one party in Vienna, or Austria really, that most people who are into parties would love to attend. Well, here’s the official website, they do a much better job explaining what it’s all about.

Anyway, I got that ticket and I must admit, I’m probably the least deserving person to do so. First of all, lots of people dress up for this event. And I don’t mean dress up by wearing a suit. I mean dress up by thinking up a bizarre, fantastically outrageous costume, working on it for weeks and then spending hours to get it to sit perfectly. Me? I don’t like dress-up.

Second, I’m not one for huge parties. I like sitting down, sipping on my beer, smoking a cigarette and being my misanthropic self.

The good thing is, I’m also a fantastic freeloader. If it’s free, I’ll take it. You should see all the crap I got at home, only because someone told me it’s free. Ok, so that’s not entirely true. Most of the crap I own I actually bought. But that’s for another time.

Well, so I went there, and yes, it was actually quite fun. Unfortunately, the opening ceremony, which is always quite impressive, had to be discontinued due to a massive rainstorm. Fortunately, there was still time enough for me to get exceptionally wet.

The rest of the evening and night was filled with delicious food, loads and loads of crazily creative costumes, even more photographers taking pictures of said costumes and the feeling that this was the party of a lifetime. Well, not really. But there was music and there were people gyrating to that, so I guess it was quite alright. 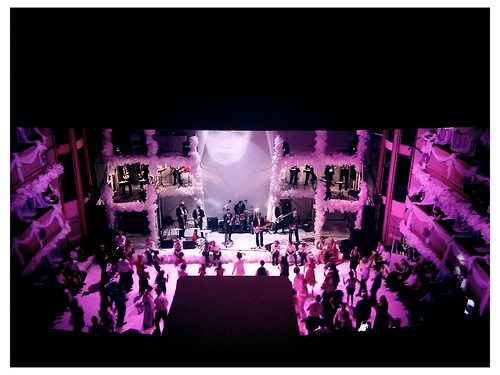 All in all, it was a memorable night, not least because I’ve never seen so many virtually naked people in Vienna’s city hall.

By the way, there are always people lamenting how the Lifeball has deteriorated to a mere large-scale party, isn’t about the fight against AIDS anymore and is selling out by having ads all over the place, yadda, yadda, yadda. Well, if you’re one of those, fuck off. I’m pretty sure AIDS won’t be cured by your bitching either.

For all the others, here’s a link to the slideshow of the rest of the pictures I took.

And for fuck’s sake, use rubbers.