Being the cosmopolitan man about town that I am, I went to London to check out a few places to eat. That’s not entirely true, and by “not entirely true” I mean not true at all, but at this very juncture of this very post, I will take the liberty to neglect this fact. Anyway, I did spend some time in London and there I visited Carnaby Burger with my sister, who as always proved to be a fantastic host for my ventures into the depths of culinary London.

Carnaby Burger is located in those very depths; Soho, to be precise. It’s a tough place to find a decent place to eat there on a Saturday, not because there’s a lack of those, but because all and sundry is having the same idea. So we were lucky to stumble upon a free table outside of Carnaby Burger. I had never before heard of Carnaby Burger, as I didn’t of most of the other places we walked past, but the word “burger” and the fact that some very satisfied looking patrons were leaving just as we walked past, I thought it wouldn’t be too risky to order us some good old-fashioned burgers.

So we did just that. Now, my sister, by some ill-fate, had recently decided to only grace her body with non-meat meals for the time being, so it was on me alone to taste one of Carnaby Burger’s real beef burgers. I opted for the bacon and cheese burger, which sounded delicious to me, mainly because its name included the words “bacon”, “cheese” and “burger”. And I mean seriously, who – my sister excluded of course – could resist the lure of these words? 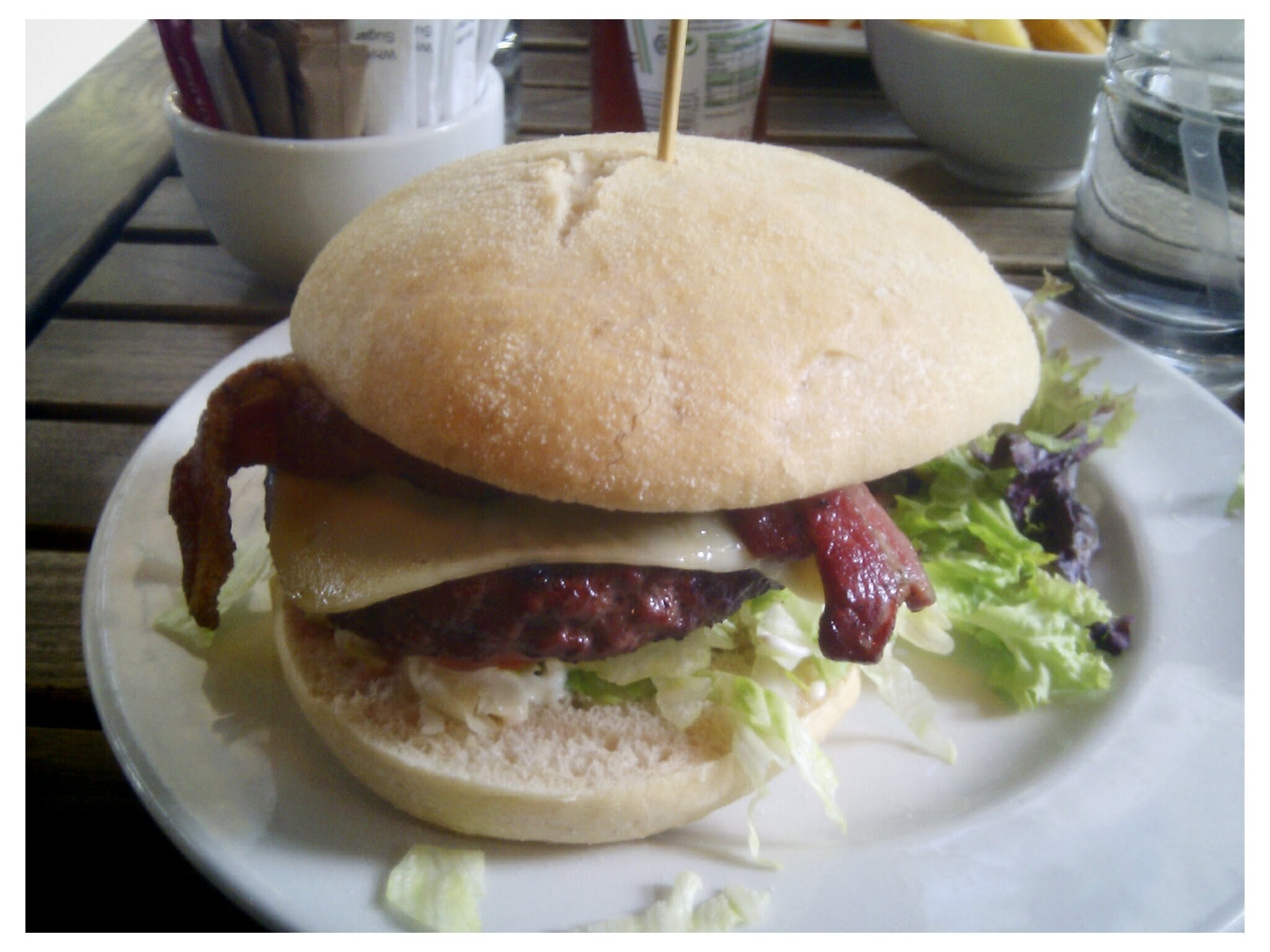 As you can see, it’s a burger with beef, cheese and bacon. The bacon was fat and juicy, which I must say I liked quite a bit. The beef patty was not as medium as I had ordered it, but I let it slide. Why? Because it still tasted delicious and people who complain about the way their beef is cooked are small-minded idiots. Which I am not. But I digress.

The bun was a ciabatta-like affair, which I, as a non-purist, didn’t mind. It was a bit on the dry side, so some more of those condiments would have been nice. I’m not complaining. Just saying, ok?

All in all Carnaby Burger held everything they promised and more (disclaimer: they didn’ really promise anything), and if you ever happen to stumble by their place sometime, do have one of their burgers, then tell me about it. Or better, fly me in and feed it to me.