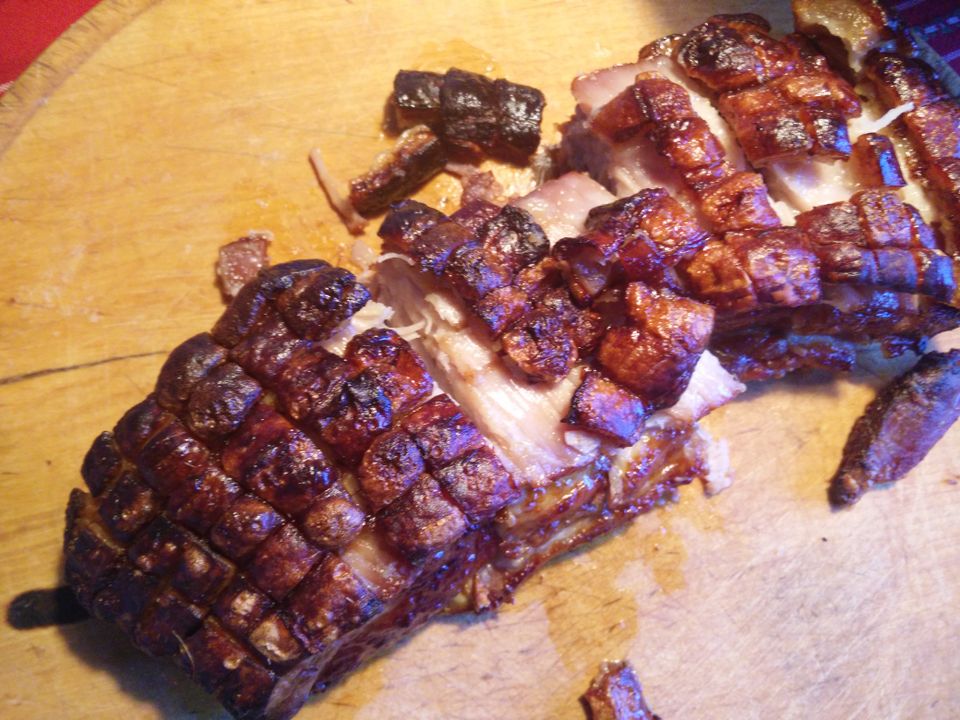 To everyone who knows me a bit, the revelation that I'm partial to pork roasts will be no revelation at all.

But, I adhere to a kind of roast that's unusual for Austria (or Germany, for that matter). I like my roast mostly with caraway, salt and garlic, massaged in just shortly before shoving it into the oven. The idea of sauces, brines or similar shenanigans never appealed to me. That is, until I saw an episode of the BBC's "Food Detectives", in which chef Tom Kerridge shows off a rather succulent looking piece of pork belly, brined for 24 hours.

Visiting my parents, who, in foresight that is often one of the particular super-powers of parents, had bought a nice piece of pork belly in anticipation of my visit, I decided to try and see whether brined pork belly might actually be better than what I've been making for the last 15 years or so (and which my father has been making for as long as I can think, literally).

Now, there are two reasons why someone would want to brine a pork belly. The first one is flavour, of course. Letting a piece of meat rest, enveloped by a succulent concoction of various ingredients, for 24 hours, makes sure that every pore is filled with flavour. The second reason is moistness. There's not a lot of things in life that are more disappointing than dry meat, and brining ensures that not a dry spot can be found.

So off I went. Sugar, salt, bay leaf and clover were Kerridge's ingredients, but being a bit stubborn, I still added some garlic and caraway (I actually used this recipe, because that's the first one I found typing in "Kerridge brined pork"). I boiled the brine so salt and sugar could dissolve, then let it cool before dropping that nice piece of meat in it. Then off into the fridge for 24 hours.

Granted, it won't win a price for the most beautiful picture of food, then again, most raw meat doesn't.

I then just rinsed it off, cut up the rind for nice pieces of crackling and pushed it into the oven, where I let it warm itself up for about three hours at 150°C.

Not wanting to completely forsake my pork belly heritage, I chose roasted potatoes as a side-dish, not the lentils Kerridge suggests in his recipe. Some things gotta give, right?

Finally, about twenty minutes before taking it out, I raised the temperature to a cozy 230°C to get that crackling really crackling.

After about twenty minutes of resting (to make sure all the juices won't just flow out when I cut the thing open), it was ready to be cut up and enjoyed.

So how was it?

It was juicy, that's for sure. But I gotta tell you, I like to eat and I like to cook, but I don't have the most refined of palates. While I can definitely see the merit of a brined pork belly, the way the garlic and the caraway cling to every piece of the roast when preparing it in my usual fashion is quite amazing. Yes, the garlic will be burnt off in parts but it's also a bit of a heartier bite than when eating the above piece of pork.

Also, my foresight is limited. Most of the time I don't have the time or the initiative to prepare food I'll be eating 24 hours later. Preparing pork the way I usually do, the roast can be out of the fridge and in the oven within 20 minutes.

All in all, it was a fun exercise, and I might do it again, maybe to test out variations of the brine used. But for everyday pork roasts (how I wish I could actually have them every day), I'll stick to my traditional way. 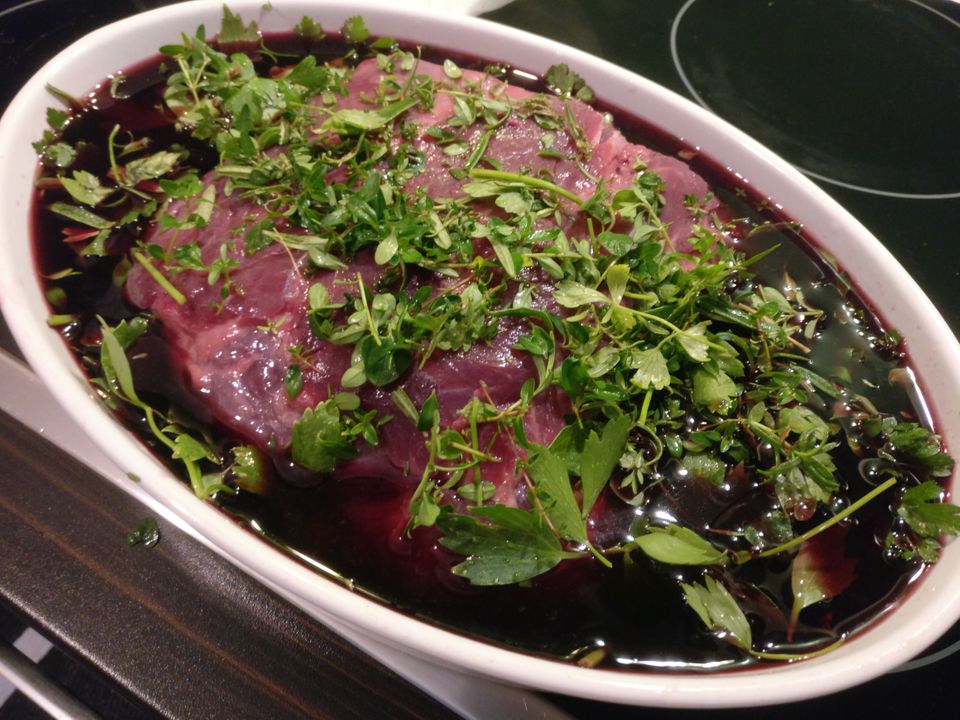 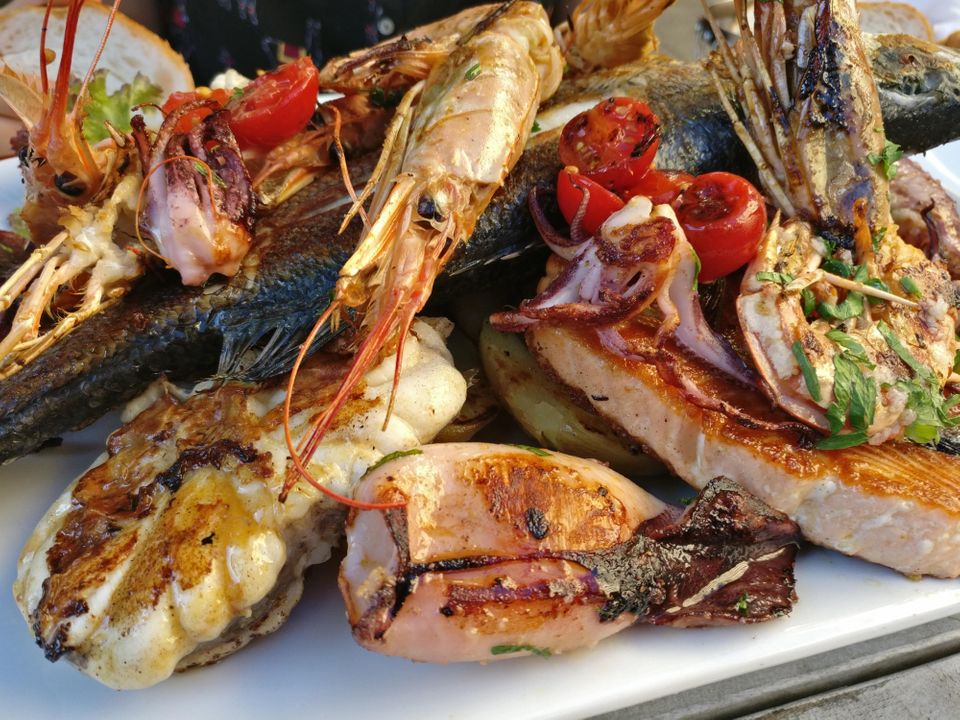