Even despite the horrors of stringy poached eggs haunting me in my dreams, I decided to give it another shot. After finding this recipe on FoodBuzz, where the difficulty of the poaching of the egg wasn’t even mentioned in a single sentence, I knew that only confronting my fear would help me overcome it.

Afraid to hop right in, I first spent some time making some sort of croutons, which actually were just fried toast, but what do I know? 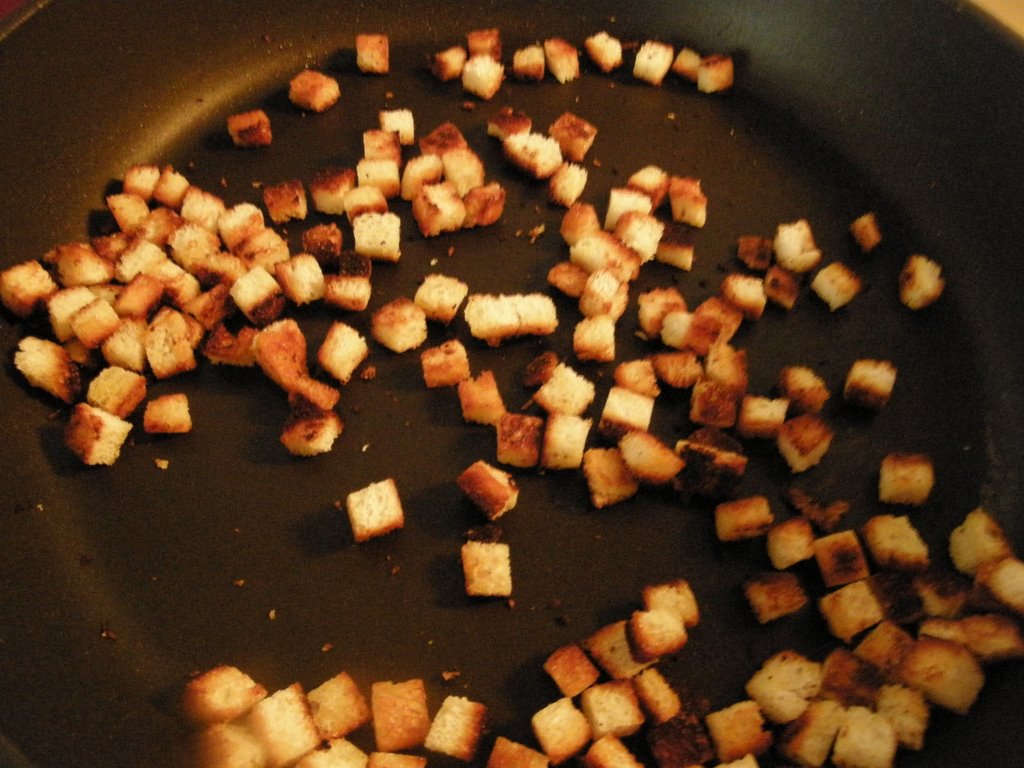 I chopped three roman lettuce hearts and a couple of cherry tomatoes and mixed a dressing with some apple-balsamic vinegar, some olive oil and a minced onion.

By then the water for the eggs had already boiled and was now perfect for poaching. I added some vinegar and slid in two eggs. Egg number one immediately lashed out, strands of egg white dancing around the simmering water. Defeat seemed inevitable. Egg number two was even worse. I had to use a spoon to keep it from clouding the whole pot with it’s treacherous egg white. Egg number three was the one I expected most from. You see, I had used advice I’d read about here, wrapping the whole egg into clinch-foil and lowering it into the water: 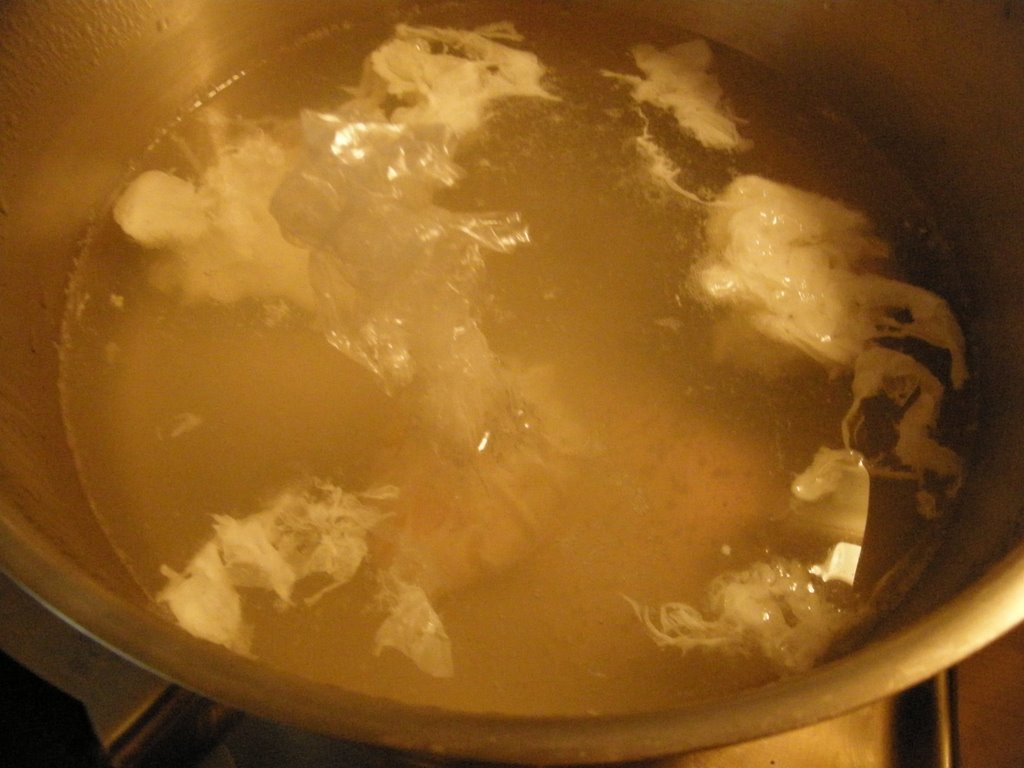 Reminiscent of a scene from a Japanese horror-movie, the eggs floated in there, obviously mocking me and my delusions of ever being able to nicely poach an egg. After a couple of minutes I lifted the two free-floating eggs from their wet grave and put them on some toilet paper. (Yes, you read that right, toilet paper. I was out of paper towels. I could have of course just written “paper towels” and saved myself the embarrassment, but what fun would that be for you?)

Anyway, the two eggs came out surprisingly beautiful. One of them broke open allowing the yolk to spill all over said toilet paper, but the other one, I must say, looked like any other ordinary poached egg.

But here’s what’s killing me: my secret weapon, the clinch-foil poached egg, became victim to faulty clinch-foil, resulting in water penetrating the makeshift-bag. 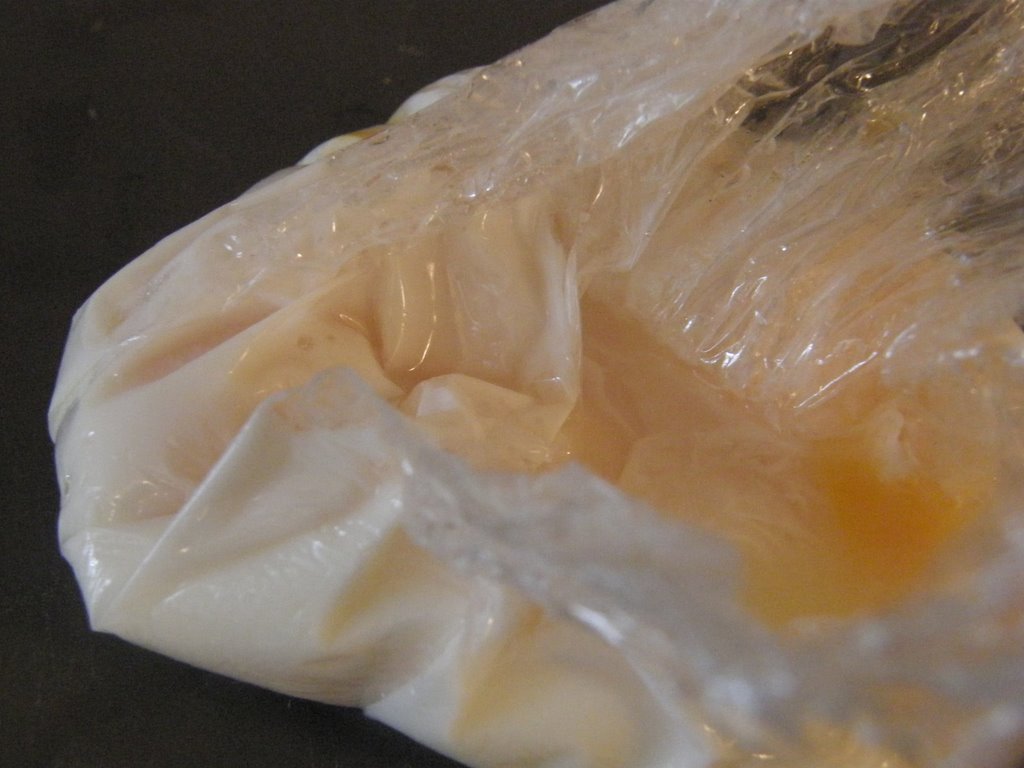 Needless to say, I had to throw it away. 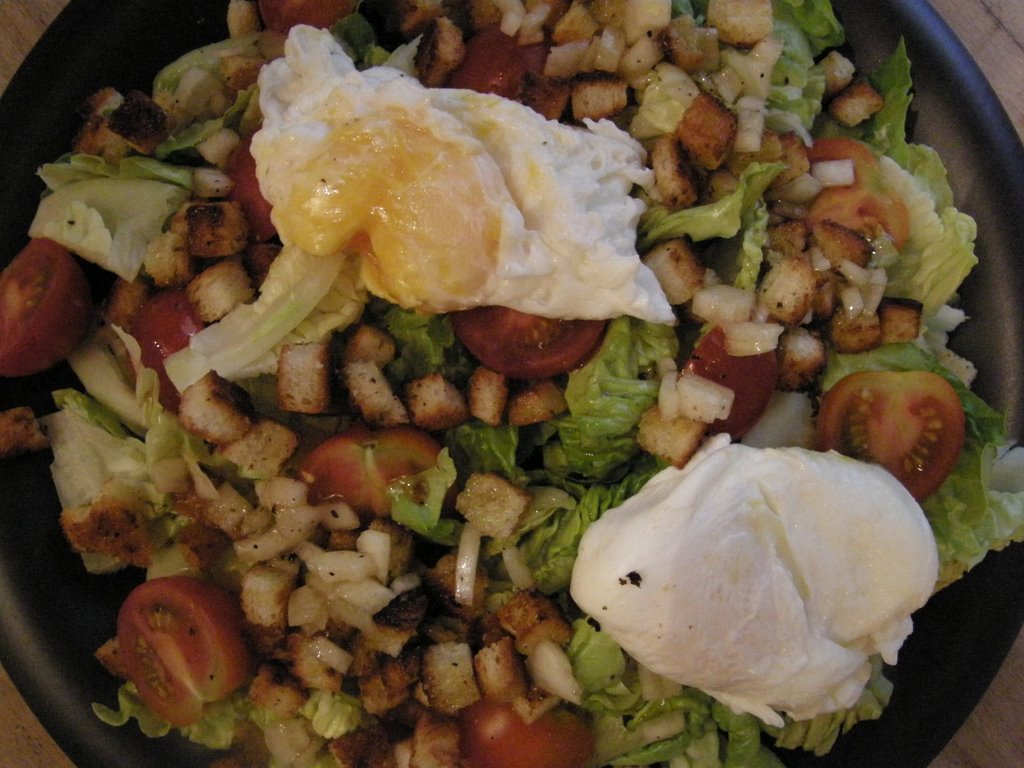 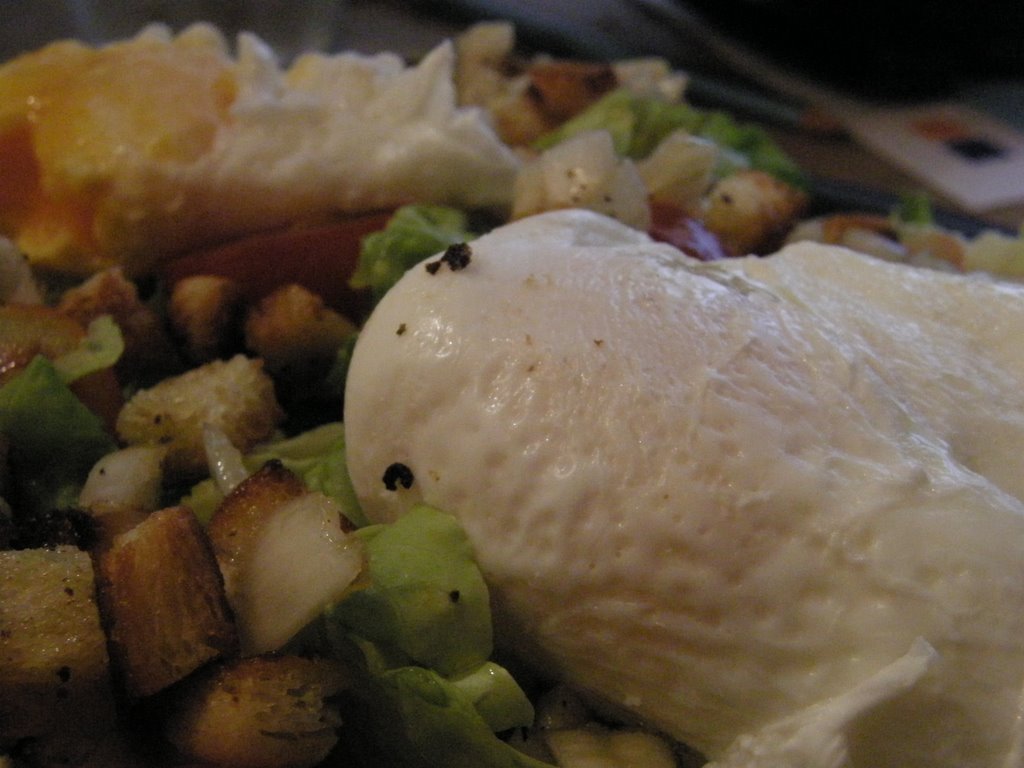