I went to London and all I got was this blog post.

Which is actually not true at all but seems like a fun first sentence when thinking it up. Reading it at the top of a blog post: not so much. However, I do want to tell you about my stay in London. Now, the ones who know my itineraries will be most nonplussed, considering that this stay I want to tell you about happened not a week, not four weeks but rather six weeks ago. That’s right, I went to London and only now I am going to tell you about it. Which would have been a rather cool opening sentence as well, come to think of it. But enough with the rambling. Let’s loosen this whole thing up with one of numerous potentially award-winning pictures I took: 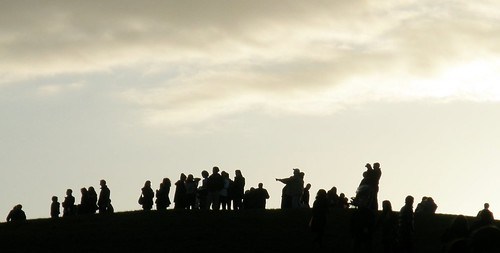 Letting you figure out by yourself what this image depicts, I will go on with my jumbled narrative. I spent a long weekend at my sister’s in London in mid-March. Not only was she gracious enough to take me in, she even took a whole chunk of time out of her busy schedule to explore that fair city she calls home.

To top that off, she also managed to get me into a concert which took place in a chapel in Westminster Hall. Not only that, the whole thing was preceded by drinks with rich people, among them Ruth Rendell of crime-fiction fame, that were had in a hall which to my ears sounded something like “Chumley Hall”, but which upon closer scrutiny turned out to be named something else. Something very else. So very else that I was unable to remember, nor find the name online. But hey, we got a good laugh out of it and now that I’ve shared this with you, you did as well!

Anyway, I also got to have drinks and pizza with the musicians, who turned out to be a very fine lot and who you should be hitting up on their website. And with hitting up I mean having a look at their website and then visiting their concerts. No excuses!

I could go on now about the numerous rides on double-decker buses, the vast amounts of food we consumed, the movies we saw at splendid cinemas (actually, just the one), the countless episodes of “Flight of the Conchords” we watched late at night with my sister and me alternating as the one who would fall asleep first, the extreme number of little vintage shops on trendy brick lanes (where vintage actually means the results of people going through their parents’ 80s clothing and then deciding to sell them for ten times the amount they had cost initially, notwithstanding the fact that they still look exactly as silly as they did back then), the fish & chips we had looking over the river Thames, our stroll through a big park, our trying to spot celebrities at a place called Primrose Hill but failing miserably (even though I heard someone on the street mentioning Johnny Depp), the meeting up with a good friend from school who is now a famous producer for a computer game company, the dinners and lunches we had with the many splendid friends my sister is fortunate enough to call, well, friends, or last but not least my initial confusion with the various privately held train services that cost me an extra nine British Pound Sterling for a ticket which turned out to be useless, but I will instead stop here so as to not turn this posting into a gargantuan piece of sentence and letter mush that nobody reads anyway. And if you’ve made it till here, I will reward you with the rest of the above mentioned award winning pictures. Enjoy, and always remember to buy a ticket for public transportation in London. They’re kinda strict when it comes to that.