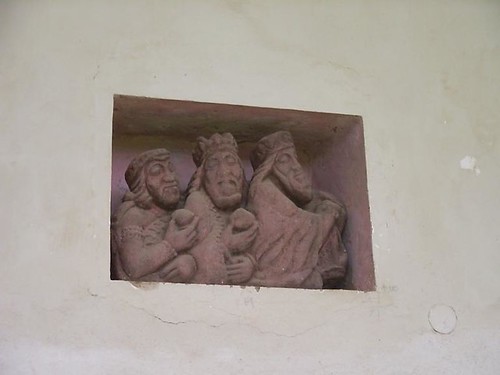 I’m back from the excursion, and I brought a shitload of pictures.

Click here to see the batch on my site’s own gallery, or click here to admire them from within Flickr (if you’re planning on leaving witty comments!).

I don’t think I’ve ever before learnt so much about anything in such a short period of time. And I don’t think I ever will again.

The weather as spectacular, which was nice most of the time and horrible some of the time. I don’t think I’ve ever perspired so much in such a short period of time.

In the end, it was a nice way to learn about the Middle Ages, late antiquity and just about all of Christianity’s saints. Those Carinthians sure are pious folk.