went to a whole bunch of people.

We held a very small Oscar night, including as always too much food. For example Tortillas, which looked like that before they were done: 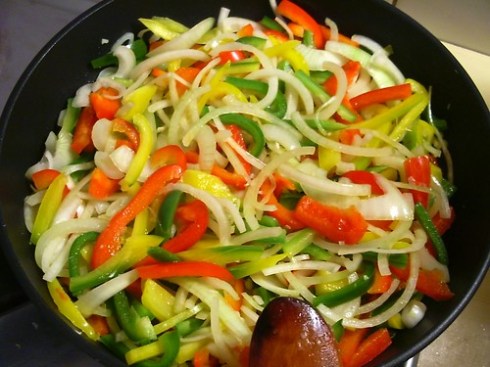 and like so when they actually were (to the right): 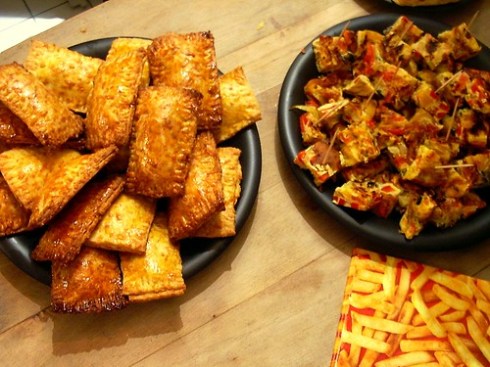 In the end, they weren’t worth the trouble. What I liked a whole lot better were the Empanadillas, which had a nice cheese dough and a filling consisting of delicious cheese, bacon and beans.

The show itself was fun, John Stewart did an excellent job. We did the whole ballot thing, and I actually had 15 correct, including most of the important ones. Oh, and the foreign one, which turned out to be the Austrian contestant, The Counterfeiters. I’m really happy for them, but I fear there’s going to be a whole lot of self-applauding by politicians and other sycophants in the coming weeks. Filming in Austria most likely hindered the makers more than it helped them. Which makes their win even more impressive.

Since there was The Counterfeiters up for best foreign movie, Austrian National Broadcasting decided to broadcast the show live again, filling the US-commercials-void with blabber by two self-indulgent men, who constantly were so engrossed in their own story-telling, that they kept forgetting to go back to the show when the commercial breaks were over. Next year, if you do decide to broadcast again, please either show commercials yourself or just a still image until the US commercials are over.